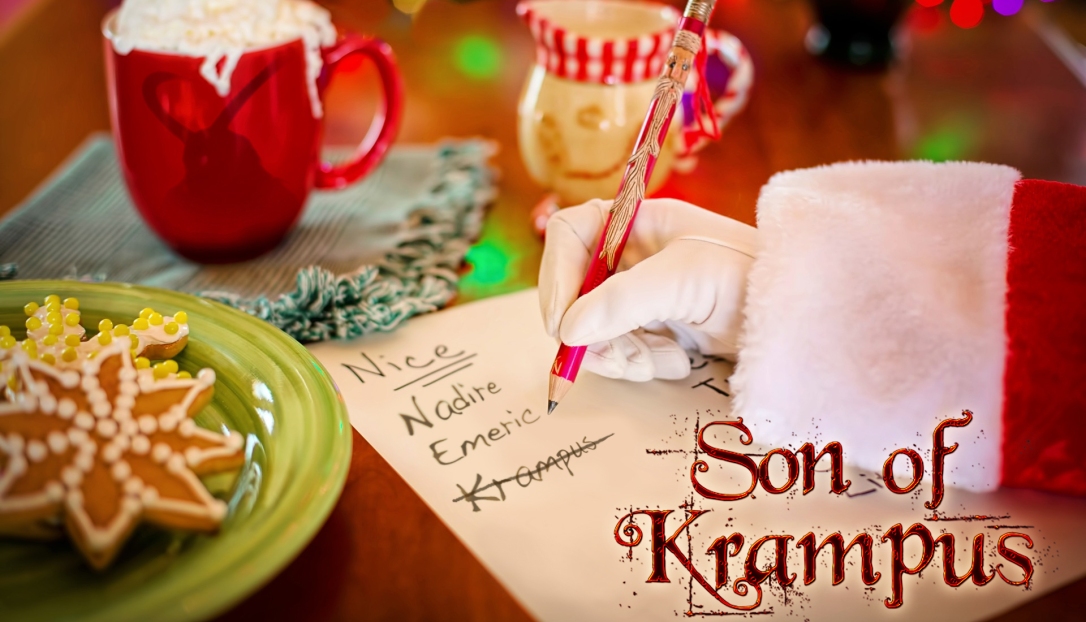 Another excerpt from my current NaNoWriMo novel in progress, Son Of Krampus.

A single flat snowflake whipped on a wind traveling at the speed of the light. That was all the sense Emeric had, a chill coating his body in frost as he tumbled without a tether through the nothing. A great pressure grew along his side and instinctively he pressed a foot to the ground.

Rather than fall through the void, it landed against the persian rug beside a dead fireplace. Gobsmacked, Emeric glanced behind to the same mantle of their rented house. Two sets of sooty footprints stood upon the rug, his gaze swinging over to whoever held his hand.

“What was…?” Emeric began when Nadire enveloped his face in her hands. She pulled him to her famished lips, kisses erupting against not only his slack mouth but down his throat.

As she brushed her bottom lip though the looming 5 O’Clock shadow on his chin, she said, “No talking.”

“Just…?” he tried to stare into her captivating eyes, but they were shadowed in the near dark living room of some too wealthy business man who rarely lived here.

The daughter of Saint Nicholas, the growing thorn in his side, the woman that made his blood boil circled her hands around his chest. She seemed to weigh the same thoughts as he did. How foolish it was to give into this primal lust. It was forgivable when they didn’t know who the other was, but now?

“Yes,” Nadire whispered, her hand cupping up his arm as she licked her lip, “just this.”

This site uses Akismet to reduce spam. Learn how your comment data is processed.

Ellen Mint Books is a participant in the Amazon Services LLC Associates Program, an affiliate advertising program designed to provide a means for sites to earn advertising fees by advertising and linking to products on Amazon.com. Amazon and the Amazon logo are trademarks of Amazon.com, Inc, or its affiliates.